On Saturday, January 26th, the Lady Bears competed in the Suburban League Conference Championship at Brecksville-Broadview Heights High School.  NoRo took 2nd place out of 8 teams with a season high score of 141.65!  The Bears fell only to the reigning State Champions, Brecksville-Broadview Heights, who scored a 145.3.  Hudson was 3rd with a 139.45, Wadsworth was 4th with a 133.0, Stow Monroe finished 5th with a 130.25, Twinsburg was 6th with a 129.9, Cuyahoga Falls was 7th with a 126.55 and Aurora finished 8th with a 98.55.  Individuals from Highland, Nordonia and Copley competed as well, but did not have enough girls to make up a team score.

Sophomore Mya Costello dominated as she once again was named MVP for winning the All-Around competition.  This makes her the two-time Suburban League Conference Gymnast of the Year!  Mya also took 2nd on vault, 4th on bars, 6th on beam and 2nd on floor.  Mya scored a personal best of 9.15 on the uneven bars.

Freshman Molly Benefiel also had a strong showing.  She took 3rd place on vault, 7th place on bars, 6th on floor and tied for 8th in the all-around.  Molly had a personal best of 9.05 on the floor, as well as a personal best all-around score (35.2).

Sophomore Hannah Haffner tied her personal best on beam (8.8) and placed 10th on that event. 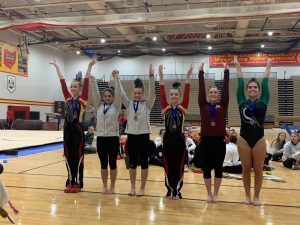 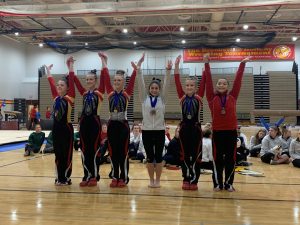 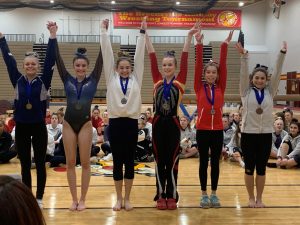 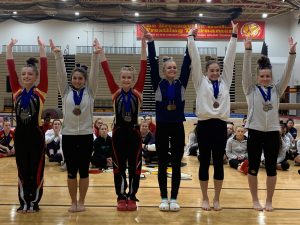 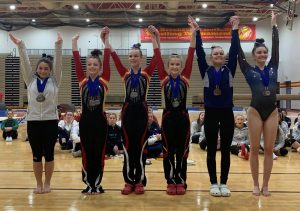 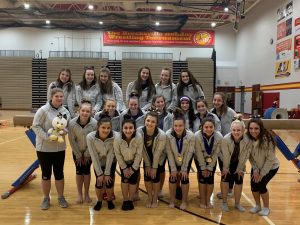 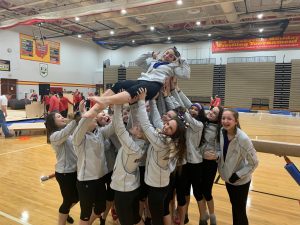