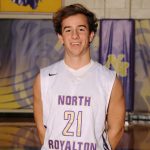 Boys Basketball Player of the Month – Jack is a senior Guard, 3 year starter.  Jack really stepped up for us this season and was a major part of the Bears winning 9 of their last 10 games.  He finished the year very strong and was awarded 2nd team All-Conference.  Jack finished the year shooting 57% from the field, which is outstanding for a guard.  Jack averaged 12 points per game and played very good defense throughout the year. 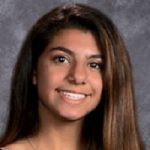 Girls Basketball Player of the Month – Sarah is a sophomore.  Sarah, in the 6 games played in February, led the team in shooting percentage by shooting 47.1% from the floor.  She also led in free throw percentage shooting 66.7%.  She was first on the team in steals with 10 and was second in scoring average with 7.8 with a game-high of 12 versus Brecksville-Broadview Heights.