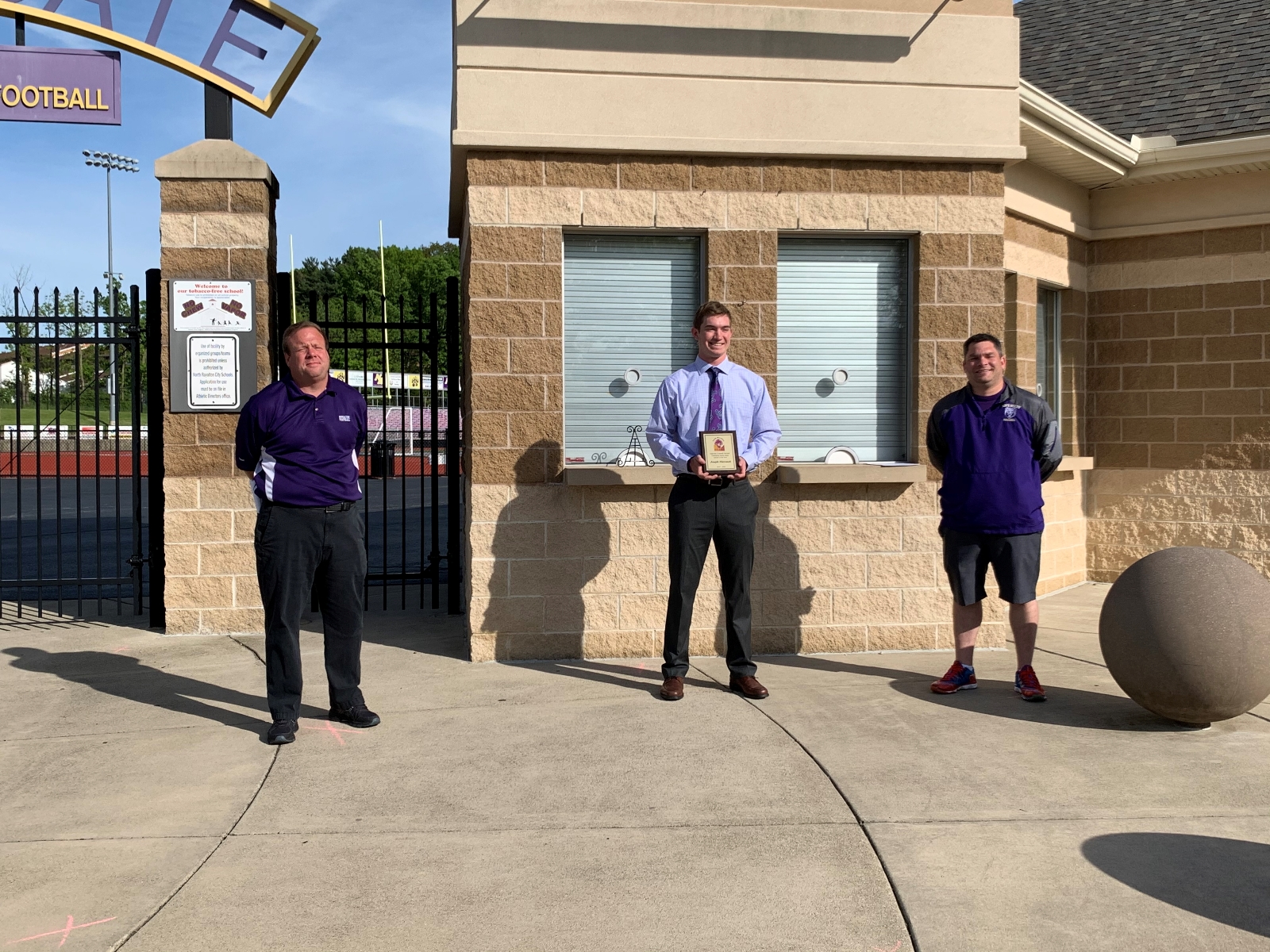 Congratulations to Joey Marousek!  He is the 2019-2020 Harold Conrad Male Athlete of the Year.  Joey is an excellent choice for this award.  Joey is one of the top overall athletes ever at North Royalton High School.  His achievements on and off the field are numerous.  He is a natural born leader and truly represents what it takes to be a North Royalton Bear.

Joey was a 4 year starter for the Varsity Football Team.  The first ever at North Royalton High School.  He earned 1st Team All-District and 3rd Team All-Ohio in 2018.  Joey will continue his football career earning a full football scholarship to the University of Akron.  He had numerous offers from Buffalo and FCS schools.  Joey is the leader in most statistical categories for the Varsity Football Team.

Joey was also a 3 year Letter Winner for the Boys Varsity Baseball Team.  He has been a staple at shortstop for 3 years on the Varsity Team.  As a sophomore, he stepped into the role of the leadoff hitter and shortstop for the Suburban Leage Champion Bears.  During his first year, he had some pretty remarkable statistics as a sophomore.  His statistics were a .293 average, .365 OBP, 12 RBIs, 18 runs and 10 stolen bases.  These statistics earned Joey 2nd Team All Suburban League.

As a junior, Joey improved and had a monster year at the plate for the District Runner-Up Bears.  Joey again was at the top of the order and played SS.  His stats for his junior year were a .344 average, .411 OBP, 19 RBIs, 31 runs and 16 stolen bases.  These statistics earned Joey 2nd Team All Suburban League for a 2nd time, Honorable Mention All District and was the recipient of the Eric Gibson Hustle Award.

As a senior, Joey unfortunately did not get an opportunity to play due to the COVID pandemic that is occurring in the world as we speak.  However, even without playing a single game Joey was able to receive recognition and several awards.  The biggest accomplishment was that he was named Team Captain.  His teammates along with his coaches saw him as being the perfect leader even if it might have been from the dugout for the majority of the season.  To be injured and still valued as a leader is not something everyone can accomplish.  He was also selected as Honorable Mention for the PBR All State Team in Ohio.  Lastly, Joey is very bright in the classroom and earned Academic All-Ohio.

“Joey take great pride in wearing the purple and gold on and off the field.  Joey has been as asset to North Royalton Athletics and an advocate for making North Royalton sports one of the best places to play sports.  Joey has lived up to his leadership roles as the Class President, and fought for his classmates to earn an in person graduate ceremony with familiers.  This kind of leadership and work ethic has brought Joey to a place where he is loved by his teammates, peers, teachers, administration, coaches and the community,” said Coach Matthew Stricker.

Coach Matthew Stricker continued his comments with “Overall it has been an honor to coach Joey throughout his High School career and I appreciate everything that he has give me and the program.  I know that this award is just icing on the cake.  From myself, coaches, and all of your teammates, congratulations to Joey Marousek on winning the North Royalton Male Athlete of the Year.”

Joey also earned a Varsity Letter in Track & Field during his senior year.

We wish him well on his future endeavors.  Congrats to Joey!  GO BEARS!! 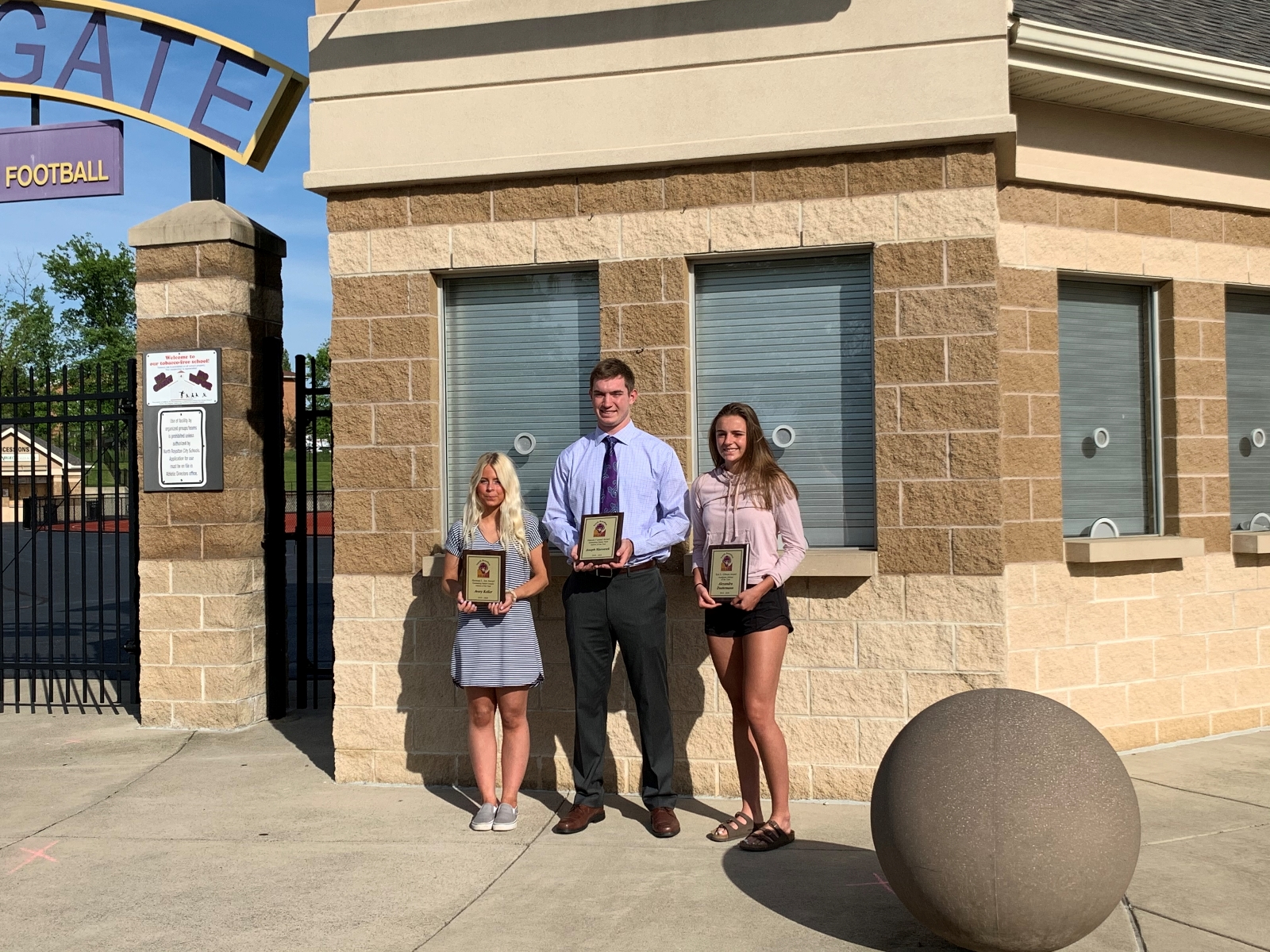