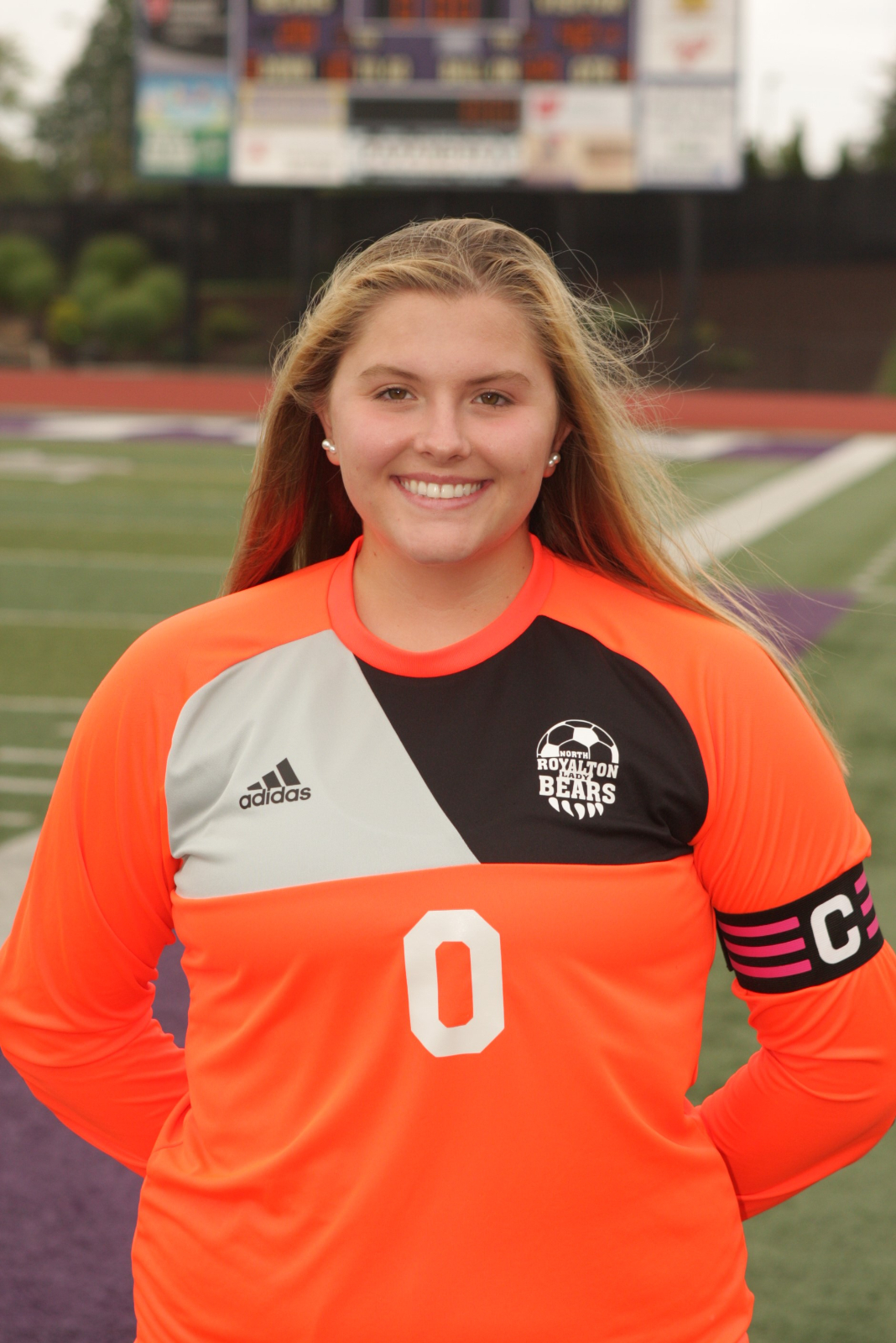 In order for a soccer team to be successful, the last line of defense needs to be strong.  The North Royalton Girls Soccer team has that this year in senior goalie Tierney Malley.

I asked Tierney what it’s like to be that last line of defense.  “There’s a lot of pressure.  It’s nerve wracking when it’s a one-on-one situation.  I just try to keep my cool and think fast.  When the ball is kicked you have to think fast.  It’s an awful feeling when you let in a goal.”

Heading into the final game of the regular season, Malley, a three-year letter winner and captain of this year’s team, had recorded six shutouts in leading the Lady Bears into the Ohio High School Athletic Association Tournament.

But, getting on the field was not easy for Tierney.  For much of her time on the Varsity team, Tierney was a back-up to Nicole Jones.  Finally, Nicole graduated last year opening the door for Tierney.

“I’ve been waiting to play.  I love Nicole and I was so happy to sit the bench and watch her play.  Now that it’s my turn to play it’s so exciting.  I love everything about it.”

Even though Tierney will start for just the one season, she values the time she spent with the Lady Bears.  “I used to play defender and forward on the JV team.  Once I realized that Nicole was in front of me, I knew what was going to happen.  It didn’t phase me.  I told myself OK I’ll wait my turn.”

One of the goals this year’s team is to get back to districts.  Tierney says “it would be so awesome to get back to the districts.  It’s one of the team’s main goals.  We want to get far into districts.  Both of my sisters played soccer here at North Royalton and they want far their senior years.  I want to do the same.  It’s a family tradition.”

Tierney started her soccer career as a munchkin with the youth program here in North Royalton.  That’s where Tierney learned the ins and outs of being a goalie.  “We (Our team) really didn’t have a goalie anymore for travel when I played for my dad, so I just took it and I’ve been rolling with it ever since.”

Tierney says she will miss playing with her teammates.  “I’ve been playing with this group of seniors since I was seven.  They are like my best friends and sisters.  If I could play soccer forever, I’d want to play with these seniors.”

By Joe Jastrzemski
Contributing Writer for the Royalton Recorder
Posted on October 22nd, 2020