On Saturday, February 20th led by Head Coach, Mike Milliken, the District Qualifiers traveled to the Spire Institute in Geneva, Ohio.  The team consisted of 12 swimmers, 4 girls and 8 boys. 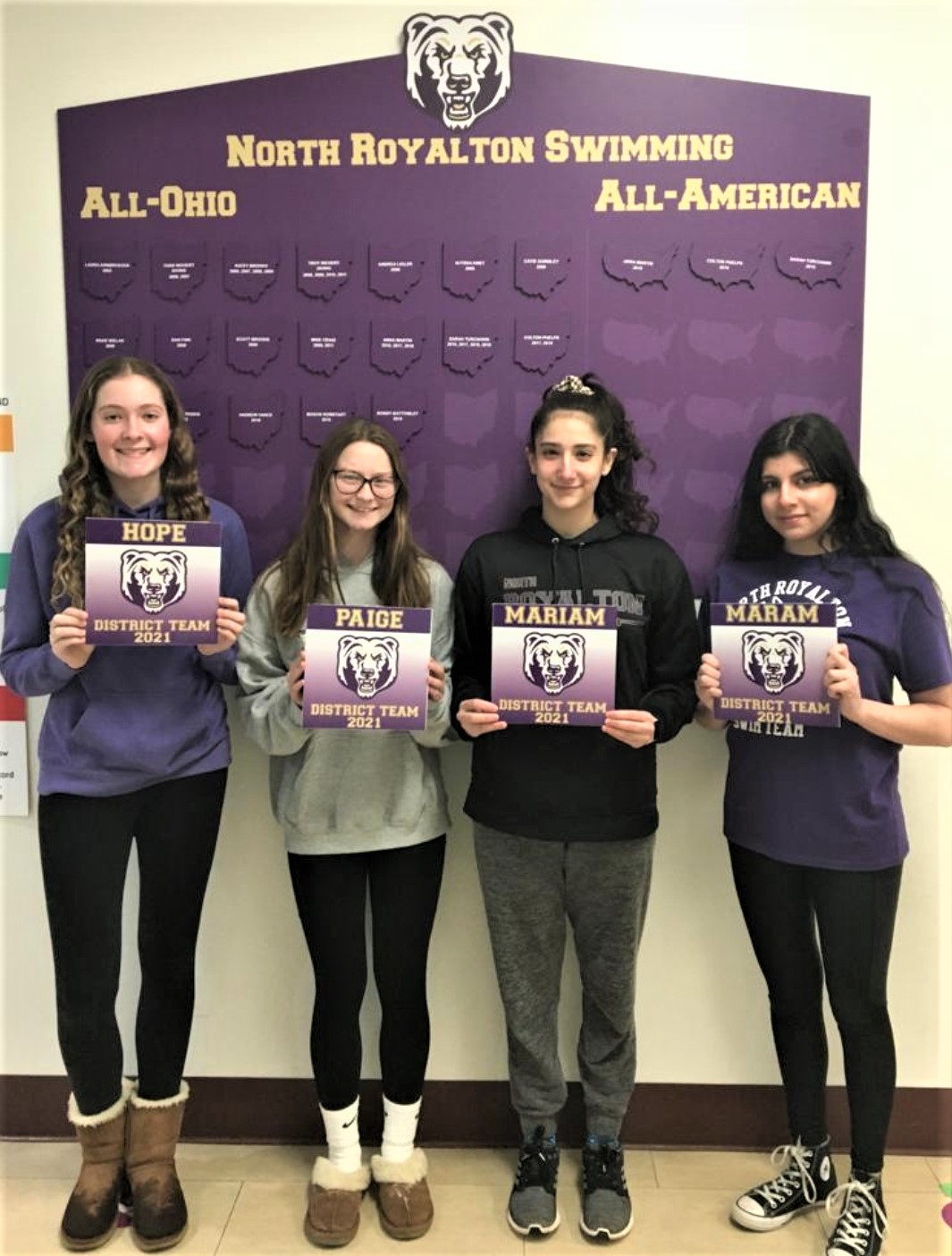 The girls team took to the pool first as the meet was split into morning and afternoon sessions.  Competition was very stiff this year.  The Northeast Ohio District has some impressive swimmers.  To send 4 of our girls to compete is a huge accomplishment.  Senior Mariam Zayour, swam her heart out and was able to achieve best times for both of her events.  In the 200 Individual Medley, she improved her time by almost 4 seconds!  But that was nothing compared to the 13 second drop in her 500 Freestyle event!  Hope Campbell swam the 100 Butterfly and was able to keep to her best time in the pool.   The Girls 200 Medley Relay which included Mariam Zayour, Hope Campbell, Paige Patterson and Maram Zayour gave it their all, but fell short against the competition.

The boys team entered the pool with clear cut goals.  The team wasn’t very deep, but they were mighty.  8 boys gave it their all and proved they were worthy!  Mitchell Montag and Anthony Kacki both swam the 200 Freestyle and achieved their best time.  Anthony Kacki did it again and dropped 7 seconds on his 500 Freestyle, making that his best time.   Yaro Hapyuk improved his time in the 100 Butterfly event by 2 seconds!  Connor McCann was able to improve upon his 100 Backstroke by over half a second.  Mitchell Montag, Nolan Romstadt, Vincent Aldewereld and Luca Aldewereld got to show their stuff in the 100 Freestyle event.  Each of the swimmers dropped time and achieved their personal best, with Senior Luca Aldewereld coming in 3rd overall.   The 50 Freestyle is the fastest race in the pool and we had quite a showing, Nolan Romstadt, Vincent Aldewereld, Yaro Hapyuk and Luca Aldewereld were ready and outdid their previous personal bests at the Sectional Meet last week.  Luca Aldewereld was able to achieve one of his long time goals, to be the District Champion in the 50 Freestyle.  This year he did it, dropping more than half a second beating the competition with a new team record of 20.65 seconds!   Aidan Florio, a Junior, had a terrific showing in the pool.  His 100 Breaststroke came in 3rd place overall with a 2 second time drop.  To join the championship ranks, Aidan came in first place with his 200 Individual Medley, dropping 6 seconds!

A huge congratulations to the entire Girls and Boys team, for working hard, achieving new personal best times and representing North Royalton with Dignity.  We wish our State Qualifiers, Luca Aldewerled, Vincent Aldewereld, Aidan Florio, Yaro Hapyuk and Nolan Romstadt all the best this coming Saturday.  May their races be their overall best and place high on the podium!  Go BEARS!