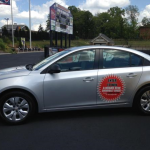 North Royalton Community, Good day, we hope this email finds you well. This announcement is intended to inform all of you that there a few days remaining for the 2015 North Royalton Stadium Foundation & Athletics Car Raffle. The Drawing will take place on Friday, October 23, 2015 during Halftime of the Varsity Football Game against 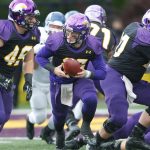 Tarnowski Earns His First GLIAC Player Of The Week Award Congratulations to former North Royalton Bears starting quarterback, Travis Tarnowski.  He was named the Great Lakes Intercollegiate Athletic Conference Offensive Player of the Week.  Travis is a sophomore QB for the 7-0 Ashland Eagles.  He threw for 4 TDs and 360 yards during their victory 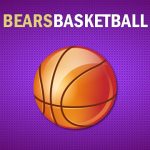 The Varsity Girls Basketball Team will be playing at the Romeo’s Pizza Classic at Malone University on Saturday, November 21st.  Below is a list of the games that will be played. Ellet vs Lake Central vs Medina Hoban vs Perry North Royalton vs McKinley Revere vs Jackson Save the Date!  GO BEARS!!!! 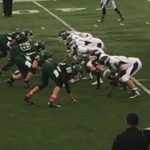 After a tough loss to Brecksville, the Bears traveled to Nordonia to take on the Knights last week.   Opening series defense forced Nordonia to punt after 3 plays.  QB Joe McVicar connects on some passes to Carson Mroczka and Dawson Grimm to lead Bears downfield.  Marc Hernandez follows the offensive line and powers in for 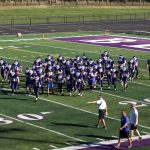 Bears Win a Close Game Against Twinsburg 23 to 22 The 8th Grade Boys Football Team won the 3rd place playoff game in the Suburban League yesterday against Twinsburg, 23 to 22.  This was a hard fought game as the ground game for the Bears won it in the second half. Several key players for 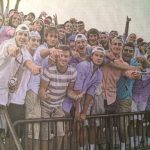 NoRo Nation!!! North Royalton has qualified for the Final 8 in the Cleveland.com’s contest for the best high school football student section.  Last week, we finished 3rd out of 134 local teams.  This week we will square off against #6 Archbishop Hoban.  Voting starts today and ends next Monday, October 19th at Noon. Time to 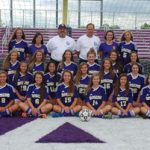 The defending district champion Bears are seeded second again in the University Heights Division I District, again behind Strongsville, which was nearly unanimously voted No. 1. The Bears voted Strongsville the No. 2 seed behind Brecksville, which beat Strongsville early this season. North Royalton got all the second-seed votes, except for two, Padua and Shaker 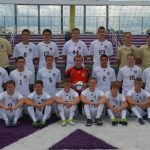 The Bears are seeded second in the top-heavy University Heights Division I District, behind No. 1 St. Ignatius, which was a unanimous choice. The Bears also were unanimous at No. 2. The third and fourth seeds went to Lakewood and St. Edward. North Royalton will start postseason play at home against either No. 5 Valley 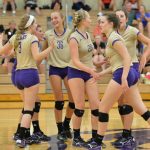 The Bears, 17-3 at the time of the drawing, were a near-unanimous choice for the No. 1 seed in the Strongsville Division I District. Every first-place vote that could went to North Royalton except for Strongsville’s and Highland’s. Highland picked Brunswick while Strongsville voted for Wadsworth, which lost twice to the Bears, and Brunswick No. 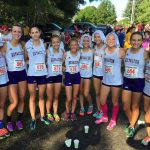 Bears News · Oct 15 The Tortoise and The Hare

Sprinting Standout Evolving Into Distance Star Like many athletes, Taylor Badamo took up cross country as a way to stay in shape for another sport. When soccer didn’t work out for her, she wanted to make sure she still got to run enough to stay solid for track. What she didn’t necessarily envision was becoming